Things To Do In Los Angeles

In 1919, the Hollywood Bowl site was picked by William Reed and H.E Reed who were charged with the responsibility of finding an appropriate place for outdoor performances by the Theatre Arts Alliance.

It was generally a natural amphitheatre and in November of 1921, one of its first main events, the Sunrise Service, was held there. In July of 1922, The Bowl would officially be opened.

During its maiden operations, the amphitheatre was basically a natural setting with wooden benches and an awning covering the stage. The Allied Architects regraded the theatre in 1926 and since then, there have been numerous other redesigning and revamping exercises.

Today, it is recognised for its band shell, made up of unique concentric arches, whose backdrop is the Hollywood Sign. The sound system has also undergone numerous upgrading exercises and today, regardless of the sitting position of audience members, all revellers can hear the same quality of sound from performances. The Rat Sound Systems (which provides audio services for Coachella Valley Music and Arts Festival) manages the sounding of the theatre.

In July of 1922, Alfred Hertz led the Los Angeles Philharmonic in launching the Hollywood Bowl’s first musical season in a natural setting, with view of the stars!

Well, much has changed in the ambience of the amphitheatre but basically, the main goal of featuring top musicians and presenting the best festivals has stuck.

Bugs Bunny on Broadway, today known as the “Bugs Bunny at the Symphony” has performed at the theatre 21 times- 19 of these being with the Los Angeles Philharmonic.

In 2003, Bugs Bunny on Broadway was the last concert to be held at the venue before its 1928 shell was demolished the next day and a new one erected.

One of the most interesting facts about the Hollywood Bowl is the fact that it is set against the backdrop of the Hollywood Hills and offers a view of the famed Hollywood Sign.

There is also the Hollywood Bowl Museum which features outstanding memorabilia that document the history of the amphitheatre. Titbits of past performances, audio, video, numerous memorabilia and artefacts can be sampled from this facility.

It even has a Hollywood Bowl Hall of Fame where past, show-stopping acts are honoured! Frank Sinatra, Garth Brooks, Reba McEntire, John Williams and Sarah Chang are some of the honorees.

How to get there

Once you have your Hollywood Bowl ticket for a concert, you need not sweat much to get there. There are shuttle services that allow you to park at your neighbourhood and then ride to the Bowl in buses. After performances, the buses will take you back. This will help you avoid the headache of getting parking space and traffic jams. You might need to do prior booking of a ticket to avoid inconveniences.

The other option is the regular metro services plying the Hollywood Bowl route.

Parking is limited at the site. Aside from the main parking lot, there are about three other parking lots which serve patrons. Parking fees range from $18 to $50. You would need to get there early to get onsite parking.

If you opt to cycle to the venue, you can easily lock your bike at the racks available at the Peppertree Lane or Box Office Plaza.

If you need somewhere to enjoy some musical fun, get yourself a Hollywood Bowl ticket and head to a concert for some jazz, pop, rock, classics, Broadway and world renowned music! 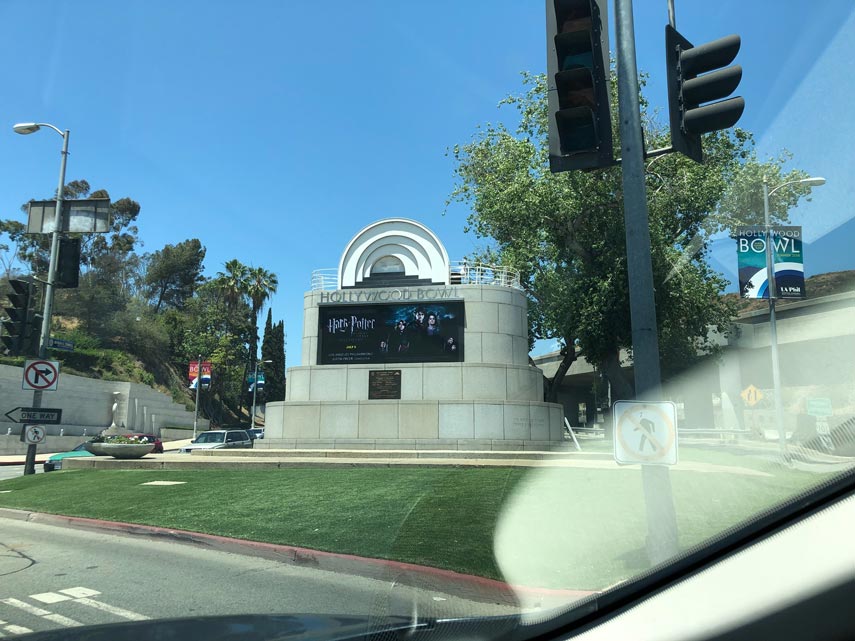 Things To Do In Los Angeles

Things To Do In LA

Fun Things To Do In Los Angeles This Weekend

Located in the Los Angeles neighbourhood of Hollywood Hills, Hollywood Bowl is one of California’s most popular entertainment venues. It is a spacious amphitheatre that hosts quite a diverse variety of events that range from Jazz performances to rock and pop events. The venue was officially opened on the 11th of July, 1922 and has maintained its hype through the years.

Hollywood Bowl is set to host some rather exciting events for the 2018 season. Among the notable events hosted in April were the Gloria Trevi vs Alejandra Guzman and The 16th Korea Times Music Festival on April 14th and April 28th respectively. On May 4th and 5th LCD Soundsystem & Yeah Yeah Yeahs were the events to attend while Luis Miguel graced the venue on May 6th.

Googoosh’s performance is scheduled for May 12. With a career that spans more than 60 years in both film and music, the Iranian entertainer is expected to entertain audiences to an exceptional performance. Paul Simon is also expected to perform at the Hollywood Bowl in May. The legendary singer is set to perform May 22 and May 23 and May 28. Other events for may are Disney Beauty and the Beast-in concert live-to-film (May 25, 26) and James Taylor with Sheryl Crow on the 31st of May.

June 2018 events include James Taylor with Bonnie Raitt, Enanitos Verdes & Hombres G and Kevin Hart among others. There are several other interesting shows set to be hosted in July, August, September and October with performance from renowned entertainers. 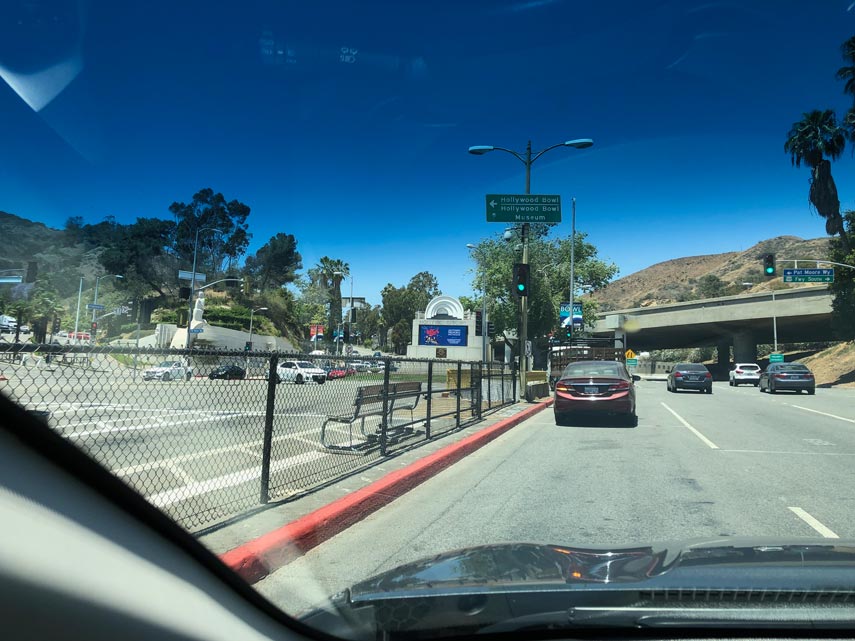 What Items can be Brought into the Venue

One of the elements that make Hollywood Bowl a particularly interesting place to be is the freedom it allows visitors. People are allowed to bring along both food and drink into the venue. Some of the items that you can bring in include picnic baskets, coolers or containers that can comfortably fit under the seats or within the box. Access is however denied to patrons with picnic baskets, large containers or coolers that exceed 15”x15”x22” measurements. Patrons are also not allowed to keep their items on the isles or walkways for the safety and convenience of others. Although alcoholic drinks are allowed into the venue, patrons are advised to practice responsible drinking. Keg is not allowed into the venue. Other items that are prohibited include audio or video recording devices, umbrellas, weapons and drones.

4th of July Fireworks at the Hollywood Bowl

To celebrate Independence Day, an event is hosted on July 4 at the Hollywood Bowl. 2018’s July 4th celebrations at the Hollywood Bowl feature The Go-Go’s, a two-time Grammy Award nominated group. The event is complete with brilliant fireworks display and patriotic music. The event lasts 3 days beginning July 2 and ending July 4. The show commences 7.30 pm of every night. Besides the show, you can also enjoy a hearty meal, whether you bring your own or order a premade picnic.

Depending on your preferences, there are quite a number of parking options for Hollywood Bowl. Lot A is the main parking lot of the venue. Lot B is located on Highland Avenue’s west side while Lot C is on the east side of Highland Avenue. For those looking for a picnic area, Lot D is the best parking spot and is located to the East of the Highland Avenue.

Boston Things To Do: https://www.seatsforeveryone.com/Cities/14/Boston-Tickets

LA Things To Do: https://www.seatsforeveryone.com/Cities/61/Los-Angeles-Tickets

NYC Things To Do: https://www.seatsforeveryone.com/Cities/11/New-York-Tickets

Houston Things To Do: https://www.seatsforeveryone.com/Cities/15/Houston-Tickets

Chicago Things To Do: https://www.seatsforeveryone.com/Cities/43/Chicago-Tickets

Atlanta Things To Do: https://www.seatsforeveryone.com/Cities/34/Atlanta-Tickets

Dallas Things To Do: https://www.seatsforeveryone.com/Cities/5/Dallas-Tickets 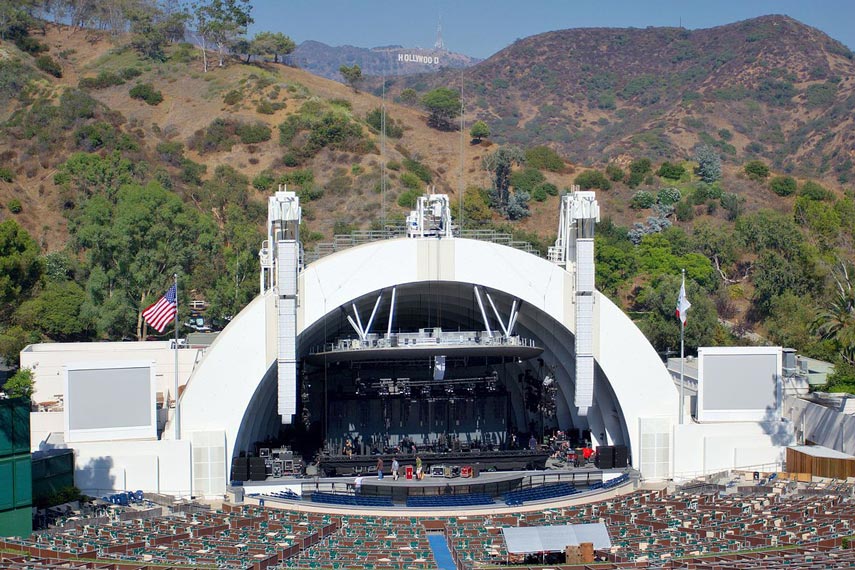 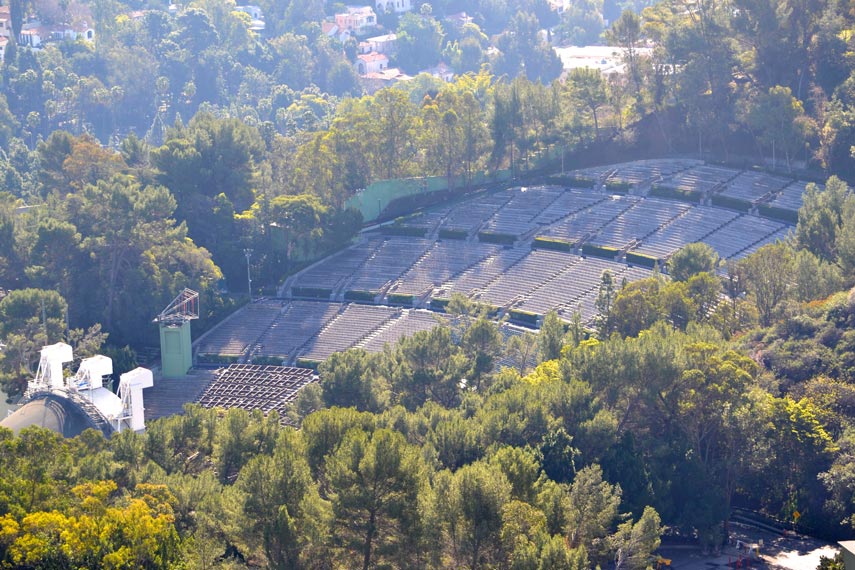